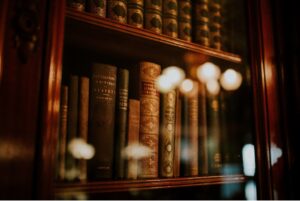 In late April, the Ninth Circuit Court of Appeals handed down a ruling that could have massive implications for lab

or law in California, especially for the trucking industry. In a major ruling, the Ninth Circuit reversed the district court’s preliminary injunction against California’s Assembly Bill 5, finding that the law is not preempted by the Federal Aviation Administration Authorization Act. The FAAAA preempts any state law that is “related to a price, route, or service of any motor carrier… with respect to the transportation of property.” However, the Ninth Circuit found that AB5 is a labor law of general applicability that “does not bind, compel, or otherwise freeze in
to place the prices, routes, or services of motor carriers” and is therefore not preempted by federal law.

Passed in 2019, AB5 codified and expanded the California Supreme Court’s three-pronged ABC test used to determine whether a worker is classified as an employee or an independent contractor. Following this, the California Trucking Association amended an existing complaint in federal district court to file suit to halt implementation of AB5 in the state. The CTA, which represents independent trucking companies, aka motor carriers, and 70,000 drivers who operate as independent contractors, claimed that AB5 was preempted by federal law because it would force members to be reclassified as employees after they voluntarily opted to classify as independent contractors. The district court, agreeing that the CTA was likely to succeed on the merits of its claims and that enforcement of AB5 was likely to have an effect on prices, routes, and services, granted an injunction against the implementation of AB5. The State of California then appealed the case to the Ninth Circuit.

The 2-1 ruling, authored by Circuit Judge Sandra S. Ikuta, a George W. Bush appointee, the Ninth Circuit reversed the lower court’s injunction. Although AB5 would raise costs for trucking companies by forcing them to hire more employees to remain compliant, the court held that this is not enough to cause federal preemption. Instead, the majority relied on Ninth Circuit precedent to find that the effect of AB5 would not interfere to the point where “it compels a result at the level of the motor carrier’s relationship with its customers or consumers.” The court further rejected the CTA’s claims that AB5 must be preempted because implementation would cause some small trucking companies to shutter and force others to leave the state, leaving the remaining companies providing “diminished services.” The majority stated that Ninth Circuit precedent isclear and that it has consistently rejected arguments that state law must be preempted by federal law on the basis of these kinds of “indirect effects” on the trucking industry. Circuit Judge Mark J. Bennett, a Donald Trump appointee, provided the lone dissent, stating that AB5 “significantly impacts the services motor carriers provide to their customers” and should thus be preempted. The ruling in California Trucking Association v. Bonta now paves the way for implementation of AB5 in California.