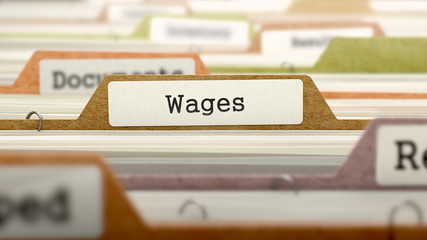 In Dukes, the Supreme Court unanimously rejected the use of statistical sampling and extrapolation to circumvent resolution of individualized inquiries in a class trial.  The plaintiffs in Dukes proposed, and the Ninth Circuit endorsed, a procedure in which “[a] sample set of the class members would be selected,” and the “percentage of claims determined to be valid would then be applied to the entire remaining class . . . without further individualized proceedings.”  131 S. Ct. at 2561.  The Supreme Court “disapprove[d]” this “novel project” of “Trial by Formula,” and held that, because the Rules Enabling Act “forbids interpreting Rule 23 to ‘abridge, enlarge or modify any substantive right, . . . a class cannot be certified on the premise that [a defendant] will not be entitled to litigate its statutory defenses to individual claims.”  Id.(quoting 28 U.S.C. § 2072(b)).

Although the Court premised its rejection of “Trial by Formula” on the Rules Enabling Act, the use of statistical sampling and extrapolation to eliminate the class action defendant’s right to present individualized defenses also raises serious due process concerns.  Those concerns were placed before the California and Pennsylvania Supreme Courts in 2014–and those courts came to very different conclusions.

The California Supreme Court squarely held that a “Trial By Formula” approach raises due process concerns.  In Duran v. U.S. Bank National Association, 59 Cal. 4th 1 (2014), employees claimed they were improperly denied overtime compensation.  The court overturned a $15 million verdict that was the product of a trial that adjudicated claims of a 21-person sample set, and the results were extrapolated to the remaining class members.  In doing so, the court unanimously concluded that the trial court’s “decision to extrapolate classwide liability from a small sample, and its refusal to permit any inquiries or evidence about the work habits of [employees] outside the sample group,” impermissibly “deprived” U.S. Bank of its right to litigate its defenses to liability.  Id. at 35.

Echoing Dukes, the California Supreme Court explained that “the class action procedural device may not be used to abridge a party’s substantive rights,” and thus “a class action trial management plan may not foreclose the litigation of relevant affirmative defenses, even when these defenses turn on individual questions.”  Id. at 34.  Significantly, the court grounded its holding in “both class action rules and principles of due process.”  Id. at 35.  While the court declined to resolve definitively “whether or when sampling should be available as a tool for proving liability in a class action,” it instructed that “any class action trial plan, including those involving statistical methods of proof, must allow the defendant to litigate its affirmative defenses.”  Id. at 40.

The following case involves both misclassification as well as rest and meal period “violations”, the latter of which pertains to our case. Abstract statements of what a sampling may “prove”, absent any actual substantive proof, is insufficient to certify a class.

In Dailey v. Sears, Roebuck and Co., 214 Cal.App.4th 974 (2013, the California Court of Appeal held the trial court did not abuse its discretion when it denied class certification in a case alleging Sears misclassified as exempt auto center managers and assistant managers. Plaintiff alleged Sears misclassified as exempt auto center managers and store managers when they should have been classified as non-exempt because, according to plaintiff, policies and practices common to all of them effectively required them to regularly spend more than 50 percent of their time performing nonexempt work, and because they did not regularly exercise discretion and independent judgment at Sears.

Based on that theory, plaintiff alleged that Sears was required to pay its auto center managers and assistant managers overtime wages and to provide to them the same rest periods and meal periods to which non-exempt employees are entitled. The trial court denied plaintiff’s motion for class certification and granted Sears’ motion to preclude class certification on the following grounds: (1) individual issues predominate over issues common to the proposed class, (2) it would not be impracticable for each manager or assistant manager to litigate his or her claim(s) individually, and (3) the plaintiff class representative would not be an adequate class representative on account of alleged resume fraud on his part.

On appeal, the court held the trial court did not abuse its discretion by crediting Sears’ evidence over plaintiff’s evidence. Sears successfully argued to the trial court and on appeal that wide variations existed between how each manager and assistant manager allocated their working time and that each managerial employee had substantial discretion in how they managed each store. The trial court held that this variation from manager to manager and from store to store made it impractical to try the case as a class action and denied certification finding that individual issues predominated over common issues. Notably, the Court of Appeal reiterated that a trial court determining whether to certify a class “must determine ‘whether the elements necessary to establish liability are susceptible to common proof,’” and held the trial court did not abuse its discretion when it ruled the plaintiff failed to meet his burden of showing that the alleged misclassification could be established by common proof. page 1 / 2

In other words, plaintiff “asked the trial court to certify the class based on little more than abstract statements about what statistical sampling might be able to establish,” which the court held is not sufficient.

The Court of Appeal affirmed the trial court’s denial of class certification of the plaintiff’s rest period and meal period claims. The court held the plaintiff failed to present substantial evidence “that Sears employed any policy or routine practice to deprive proposed class members of ‘off-duty’ meal and rest breaks and, accordingly, [plaintiff] failed to show that this allegation could be proved on a classwide basis” by common proof.

If the parties’ evidence on a motion for class certification is conflicting on the issue of whether common or individual questions predominate, the trial court is permitted to credit one party’s evidence over the other’s in determining whether the requirements for class certification have been met, and doing so is not an improper evaluation of the merits of the case.  Cal. Civ. Proc. Code § 382.

This decision by the court of appeal shows a growing reluctance by California courts to certify for class treatment cases alleging rest and meal period violations in cases where common proof of the alleged violations is lacking.