REMOVING A DIRECTOR FROM YOUR CORPORATION’S BOARD OF DIRECTORS

A shareholder has the right to petition the court for the removal of a corporation’s director if that director is acting in bad faith and not in the best interests of the corporation and its shareholders.  A lawsuit seeking the removal of a corporate director is an equitable remedy and the party bringing such an action must do so with clean hands. [See DeGarmo v. Goldman (1942) 19 Cal. 2d 755, 759-761]   This means that the party seeking the director’s removal must not be guilty of any wrong doing or bad faith himself.  The act of having a corporate director removed from the Board of Directors constitutes a derivative action and the process by which the shareholder(s) must go through are specific and must be followed precisely otherwise the shareholder(s) will lack standing in Court to pursue the relief sought.

“(b) No action may be instituted or maintained in right of any domestic or foreign corporation by any holder of shares or of voting trust certificates of the corporation unless both of the following conditions exist:

(2) The plaintiff alleges in the complaint with particularity plaintiff’s efforts to secure from the board such action as plaintiff desires, or the reasons for not making such effort, and alleges further that plaintiff has either informed the corporation or the board in writing of the ultimate facts of each cause of action against each defendant or delivered to the corporation or the board a true copy of the complaint which plaintiff proposes to file.” [See Bader v. Anderson (2009) 179 Cal.App. 4th 775, 796, (no exception to demand requirement in instances in which underlying wrong concerns alleged misrepresentations or omissions in proxy statement)] (Emphasis added.)

An exception to the above stated pleading requirements exist if you can show facts that demonstrate that a demand on the corporation pursuant to Corp. Code §800(b)(2) would have been futile.  [See Koshaba v. Koshaba (1942) 56 Cal. App. 2d 302, 308,] A demand on the Board of Directors is deemed unnecessary if you allege that the Director you are seeking to be removed and/or the Board of Directors as a whole are guilty of conspiracy, fraud, or criminal conduct.  [See Reed v. Norman (1957) 152 Cal. App. 2d 892, 898]

However, conclusionary allegations like “that further demand as stockholder would be futile” are insufficient to meet the pleading requirements of Corp. Code §800(b)(2). [See Shields v. Singleton (1993) 15 Cal. App. 4th 1611, 1621-1622; Fairchild v. Bank of America (1961) 192 Cal. App. 2d 252, 259] The test for proving that the demand on the corporation is futile, is whether the facts alleged show a reasonable doubt that (1) the Directors are disinterested and independent, and (2) the challenged transaction was otherwise the product of a valid exercise of business judgment.  [See Oakland Raiders v. National Football League (2001) 93 Cal. App. 4th 572, 587]  You should also keep in mind that the demand futility rule is not a mere pleading requirement that drops out of the case once a derivative suit survives a demurrer. [See Oakland Raiders v. National Football League (2001) 93 Cal. App. 4th 572, 584-586 (rejecting contention that trial court erred by considering demand futility as element of derivative claims that is subject to proof)]

The clearest way to determine if the lawsuit you intend to file is derivative is to see if the injury is to the corporation and/or to the whole body of its stock and property without any severance or distribution among the individual shareholders, or if your Complaint seeks to recover assets for the corporation or to prevent the dissipation of its assets. For example, in an action for breach of fiduciary duty arising from alleged management improprieties and the attendant decline in the corporation’s stock value, the gravamen of the complaint was harm to the corporation and thus the action was a derivative action that the plaintiff lacked standing to pursue [See Schuster v. Gardner (2005) 127 Cal. App. 4th 305, 309, 312-315 (affirming judgment of dismissal entered after trial court sustained demurrers without leave to amend)] Similarly, in a case in which plaintiffs’ allegations regarding mismanagement amounted to a claim of injury to the corporation itself, the court of appeal held that the trial court properly dismissed the shareholders’ complaints [See Avikian v. WTC Financial Corp. (2002) 98 Cal. App. 4th 1108, 1115-1117]  Furthermore, in a case in which causes of action for fraudulent transfer of a company’s assets were brought by members of LLC, the court held that the action could be brought only as a derivative action on behalf of the LLC [See Paclink Communications International, Inc. v. Superior Court (2001) 90 Cal. App. 4th 958, 964-965]

A shareholder’s suit is deemed nonderivative or an individual right of action when it is brought to enforce the shareholder’s personal and individual rights against the corporation, director(s) and/or officer(s). The alleged wrong to the shareholder necessary to support the lawsuit does not have to be unique to that specific/individual shareholder or group of shareholders but can affect a substantial number of the corporation’s shareholders. What this means is that if the injury is not incidental to an injury to the corporation, an individual cause of action exists.  [See Jones v. H.F. Ahmanson & Co. (1969) 1 Cal. 3d 93, 107-108; Vega v. Jones, Day, Reavis & Pogue (2004) 121 Cal. App. 4th 282, 296-297 (plaintiff’s action was individual, not derivative, because in alleging defendant had deceived him into exchanging valuable stock in acquired corporation for worthless stock in acquiring corporation, he sought recovery for injury to himself); Denevi v. LGCC (2004) 121 Cal. App. 4th 1211, 1223 (LLC member entitled to bring individual claim for fraudulent representations that induced him to transfer real estate purchase rights to LLC, notwithstanding facts that he had already successfully prosecuted derivative claim on behalf of LLC and damages awards in the two suits might be overlapping or duplicative); Jara v. Suprema Meats, Inc. (2004) 121 Cal. App. 4th 1238, 1258 (minority shareholder’s claim that majority stockholders paid themselves excessive compensation, thus depriving him of his proportionate share of corporate profits, came “within the scope of allowable individual actions”); Nelson v. Anderson (1999) 72 Cal. App. 4th 111, 124-126, 84 Cal. Rptr. 2d 753 (minority shareholder as individual had no standing to bring action for breach of fiduciary duty against majority shareholder, but should have brought derivative action, when all acts allegedly causing injury constituted misfeasance in managing corporate business)] For a shareholder to obtain a personal right of action there must be a relationship between the shareholder and the Corporation, Director and/or Officer independent of those which the shareholder derives through his or her interest in the corporate assets and business. [See Shenberg v. DeGarmo (1943) 61 Cal. App. 2d 326, 333]

The significance of the distinction between a derivative and a nonderivative shareholder suit is that the pre-filing conditions and security requirements prescribed by Corp. Code §800 apply exclusively to derivative lawsuits. [See Hagan v. Superior Court (1960) 53 Cal. 2d 498, 501-503 (writ of prohibition may be used to restrain trial court from requiring plaintiff to post security in nonderivative suit)]

Tagged With: Board of Directors, MOHAJERIAN REVIEW

What’s on the Horizon 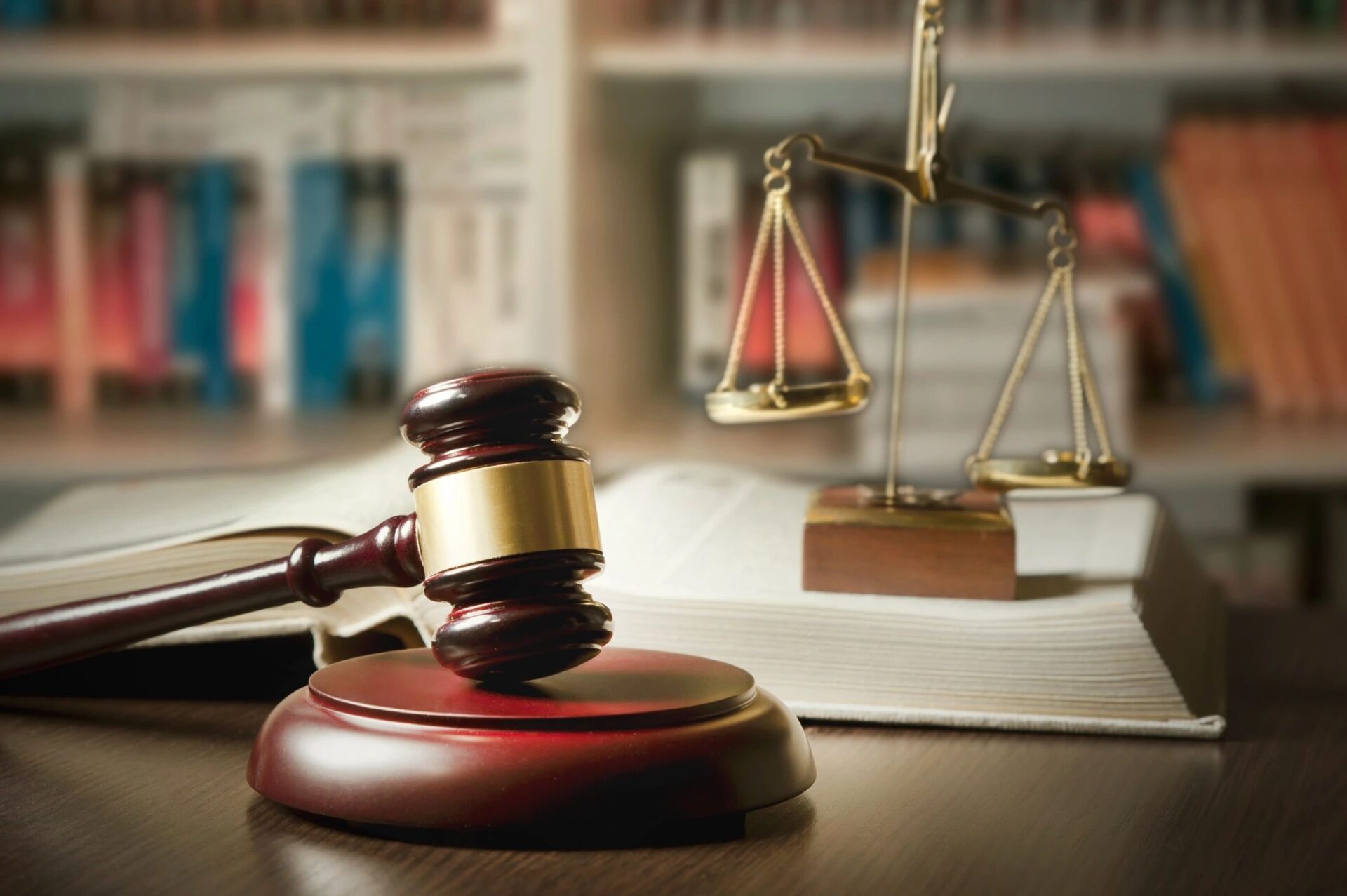